The Food We Will Eat in the Future… According to Snowpiercer

Snowpiercer shows us a creative interpretation of the worst case scenario, in the not too distant future.

In the current state of the world it’s hard to imagine what the future of food will entail. Providing adequate nutrition for a global population has always been a challenge, but today, we face an extreme and dangerous threat beyond what we’ve ever encountered.

Recently, researchers concluded that the current speed and extent of global warming exceeds anything we’ve encountered in the past 2,000 years. And with excess CO2 in our atmosphere, research also suggests that we can expect the nutritional content of our foods to decline.

It’s the kind of news you’d expect from the backstory to a post-apocalyptic sci-fi thriller. In fact, it feels a lot like a prelude to the Snowpiercer saga.

Snowpiercer shows us a creative interpretation of the worst case scenario, in the not too distant future (2031). In an effort to slow global warming, several nations release a coolant called CW-7, and inadvertently trigger an ice age, killing much of civilization. The remaining survivors live aboard a train, a modern day Noah’s Ark that perpetually circles the earth.

Aboard the Snowpiercer train, we see a microcosm of the social dynamics and politics of the world. The poor underclass live a deprived existence in the tail of the train, subsisting on gelatinous protein blocks. As they stage a revolt and push forward through the train, we witness the dichotomy of how two separate classes live on the train, with those near the front enjoying the finest of luxuries. It’s as if they live in a separate world, not defined by scarcity.

What do Passengers on the Snowpiercer Eat?

One of the most prominent underlying themes of Snowpiercer is food. How can humanity produce enough food within the confines of a perpetually moving train, while the frigid outside world has squeezed the life from everything?

The diet of the upper class appears unchanged and similar to what we know today. They raise fish in tanks and dine on sushi. Produce is grown using hydroponics and artificial sunlight. But this system cannot provide enough food for all the passengers. So the food of the poor is different.

If you’re familiar with the Snowpiercer story, you already know the secret. The tail passengers are being fed what appear to be gelatinized cockroaches. As the main character, Curtis Everett discovers this you can see the disgust and nausea come over his face.

However, Everett’s disgust is even more disturbing when we know what he and the other passengers ate before the cockroach laced protein blocks arrived. After a month without food and water, “we ate the weak” Everett retells. He then goes on to explain what he hates about himself the most, “I know that babies taste best”.

Throughout the movie we see people with missing arms and limbs. As we find out, those missing limbs were sacrifices made to save children from being eaten!

Ideally, everyone would have moved towards a middle ground to more fairly distribute resources evenly. But maybe the movie was trying to show that that doesn't happen much in the real world.

A Better Kind of Insect Bar

Snowpiercer is a story told through shocking contrasts. While the upper class enjoy beautiful meals, the tail passengers are only given the bare minimum for survival. Aside from their nutrition being based on insects, it’s prepared in the most unappealing way possible, void of flavor, and variety. It’s this treatment of the tail passengers that may be most offensive of all.

At the 2019 Comic-Con, EXO shared our take on insect based protein bars in collaboration with the new Snowpiercer TV series, to show how they can provide nutrition and taste good.

Rather than gelatinized cockroaches, the bars are made from cricket flour, and a mix of peanuts, strawberries, oats, flaxseed, and other whole foods. They’re actually delicious, and based on our PB&J flavor. You can try them here for 30% off with the coupon code SNOWPIERCER. 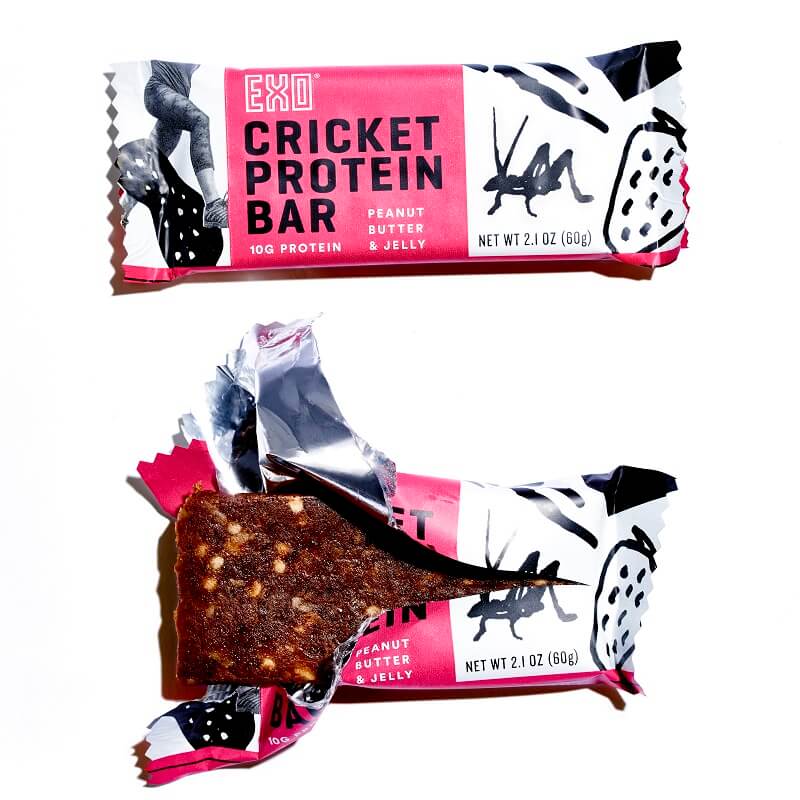 Although the insect based bars in Snowpiercer come as a shock, crickets actually have a lot of nutritional potential, especially as we think about environmentally sustainable food sources. They are a complete protein, and a good source of iron, calcium, and omega-3 fatty acids. Compared to beef, they provide more than twice the amount of protein per gram, and they take up less space, time, and resources.

Raising crickets would actually be quite feasible within the constraints of a train. They can be raised in bins that house 10,000-15,000 crickets each, and take about 30 days until harvest. At the Aspire headquarters, we raise approximately 22 million crickets every month in a 25,000 square foot building.

The setup, shown below, actually looks ideal for a train setup even. Bins, with crickets inside are stacked on vertical racks, as robots provide automated feeding. 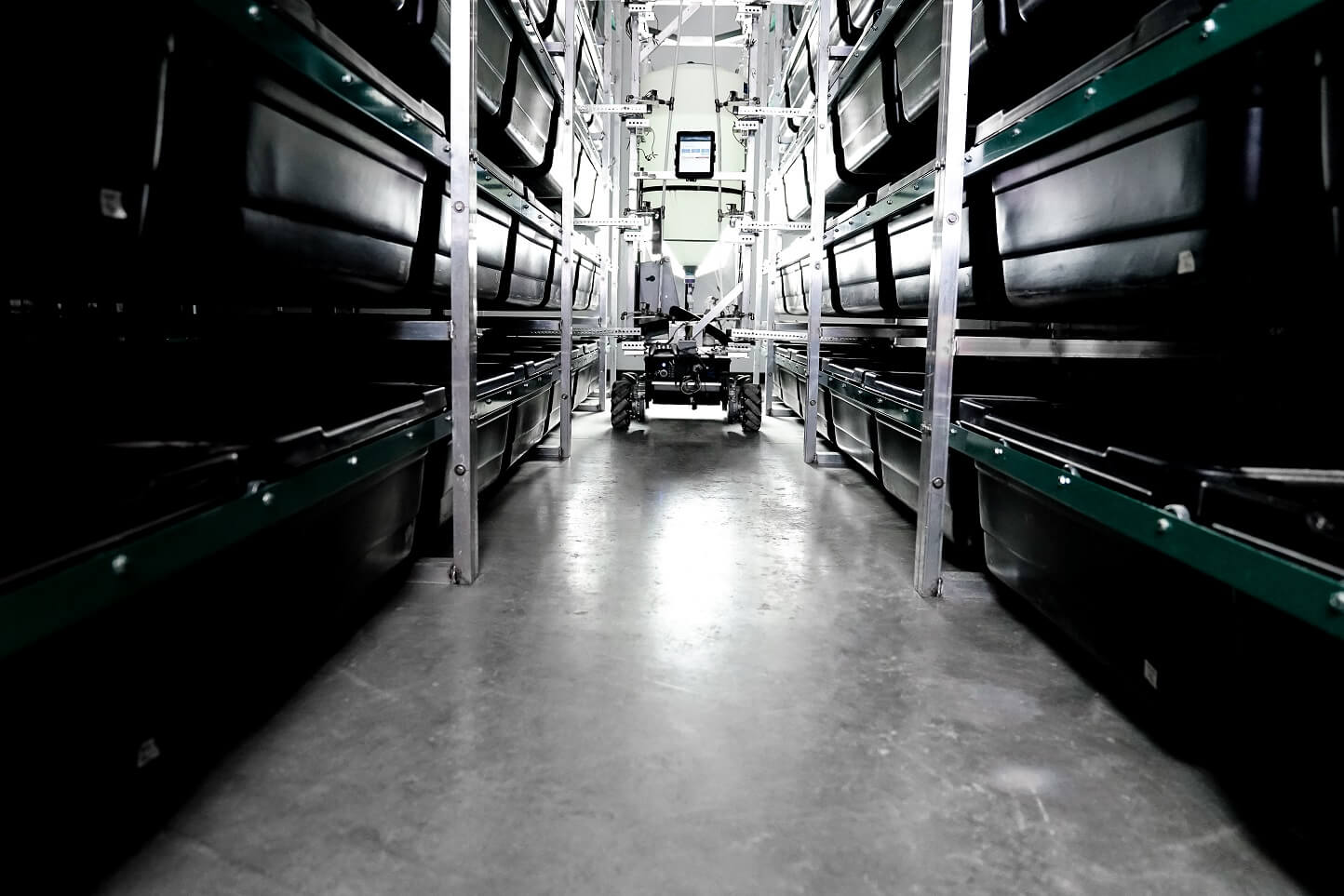 Do Insects Have a Place in Our Diet?

As the population increases, there is an increased demand for more environmentally sustainable, and nutrient dense foods. By 2050 the production of meat is expected to double, because of its value as a source of essential amino acids, and micronutrients. At the same time, scientists have warned of the impact this will have on the environment, and recommended massive reductions in meat consumption.

To fill the space of meat, we can eat more beans, lentils, nuts… and yes, crickets. Given the limited space, and resources they require, crickets are an excellent option for feeding a growing world. And, eating insects isn’t even a completely novel concept.

In many cultures throughout Asia, South America, and Africa, insects are a normal nutritious cuisine. Even Aristotle and Roman aristocrats are said to have once dined on insect larvae.

The Taste of Truth

Snowpiercer tells a grim story that explores issues of class, greed, and survival in a frigid world of limited resources. Like most good science fiction, it’s layered with elements that mimic reality, and poses questions that are relevant and uncomfortable.

In a future with limited resources, and climate change, how will we support a growing population?

Fortunately, some solutions may not be so far away, and they may not be so grim. The cockroach gelatein in Snowpiercer is disgusting, but it’s not reality. As those who’ve tried the EXO bars at Comic-Con can attest, crickets can be pretty delicious.

Interested in taste testing EXO’s Snowpiercer protein block? You can order them here and get 30% off with the coupon code SNOWPIERCER. And, we promise not to send you gelatinized cockroaches - just delicious, wholesome, PB&J inspired cricket bars! What are Sustainable Ingredients?

What happens to make that almond milk pourable into your glass? How does vegan cheese actually become melty... How Eco-Friendly Clothing is Making a Difference

When sustainability is our goal, the most effective thing we can do is put our money where our values are. A Comprehensive Guide to Overfishing | The Facts, Causes, and Solutions

Curious about the overfishing status of the world’s oceans? Take an in-depth look at overfishing the past a...