Whether you’re an experienced high-intensity veteran, or new to physical training, I guarantee you’re familiar with this feeling. You finish a vigorous workout, muscles fatigued but feeling good. Then, in the ensuing hours and days the throbbing soreness begins.

“Maybe I overdid it”, you think two days later as your legs burn just standing from the couch.

This phenomenon is appropriately referred to as delayed onset muscle soreness, or DOMS. It can occur as quickly as 6-8 hours after a workout, and typically peaks at about 48 hours.

But what exactly is going on that causes this soreness to happen? Can we prevent it? And, if not, how can we quickly recover from muscle soreness so we can get back in the gym and train sooner?

Before we learn how to prevent and recover from DOMS, we first have to understand it on a deeper, physiological level.

What’s surprising is that even exercise scientists aren’t 100% certain about the exact causes of muscle soreness. That’s because muscle soreness is a multi-factorial physiological process. There are many potential causes for it. It’s often brought on by performing an activity that the individual is not accustomed to, such as a cross-country runner performing weight-lifting exercises.

Another common culprit of muscle soreness is performing what’s called eccentric contractions, which is essentially the lengthening component of a resistance training movement. Think of the 2nd half of a bicep curl when you’re lowering the weight. That’s the eccentric part. The eccentric portion of the lift causes the most micro-damage to the muscle fibers compared to any other portion of the exercise, significantly contributing to muscle soreness.

For years, researchers and fitness geeks alike have tried to find methods to alleviate and treat DOMS. Their aim is twofold. First, they want to alleviate the uncomfortable muscle soreness itself. Secondly, they want to restore optimal, maximal function within the muscle faster.

Here are a few of the most popular methods used today.

One way to treat muscle soreness is by using NSAIDS (Non-Steroidal Anti-Inflammatory Drugs). These include your common over the counter medications like Aspirin, and Ibuprofen. NSAIDS are typically used to treat the exercise induced pain and discomfort from inflammation, but there is a lot of controversy regarding their effects on muscle growth.

One review of the literature on this topic suggests that NSAIDS may have a negative impact on muscle hypertrophy (growth of the muscle cell) in those who are experienced in resistance training. This is because NSAIDS block prostaglandin production, which is a hormone-like substance that stimulates muscle growth.

The long-term effects of NSAIDS aren’t clear but using them occasionally does not appear to be detrimental to muscle growth and may even be beneficial for new trainees.

This phenomenon is exactly what it sounds like; the more you perform a particular exercise or movement, the less sore you’ll get from it over time.

You’ve probably experienced this effect yourself, but do you want to know why it happens?

Researchers have discovered that T-cells are responsible for recruiting immune cells when you repeat similar bouts of exercise. In other words, the muscle “remembers” the exercise stimulus and then responds to recruit the appropriate resources to treat the muscle damage.

There is also evidence that demonstrates this effect can be transferred to the opposing limb when completing unilateral (one-sided) exercises such as the dumbbell bicep curl. So, even if only one side of the body has experienced the delayed onset muscle soreness, the muscles on the other side still know how to respond when performing the same motion.

A lot of people swear by massage, for muscle recovery. But the research is not completely clear. There are a lot of different forms of massage, such as friction, deep tissue, effleurage, and the list goes on. With so many types of massage, it’s difficult to say how all of them affect recovery, since none of these techniques have been investigated to a wide-enough extent.

However, the good news is that most post-exercise massage techniques have been shown to reduce the severity of muscle soreness that would normally occur after an exercise bout. Unfortunately, the caveat is that massage has no effect on muscle functional loss. That means it won’t work for improving strength, range of motion, and other basic muscle functions.

Other Methods for Treating Muscles Soreness

Other recovery techniques such as stretching, cryotherapy, and homeopathy have demonstrated absolutely no effect on the alleviation of muscle soreness. 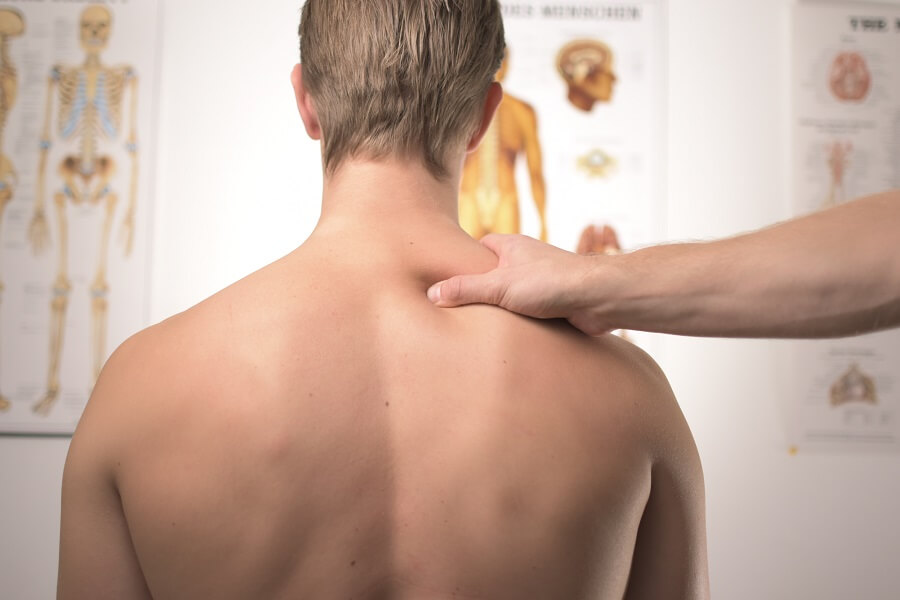 Since there’s no guaranteed, one-size-fits-all method of treating DOMS, prevention is still the best medicine.

First off, your muscles must have time to recover. It’s recommended that you reduce your intensity of training for 1-2 days following a workout that has given you a moderate to severe level of DOMS.

Secondly, be careful about the amount of eccentric work you perform, and time it correctly. For example, you should perform your most heavy eccentric work during your off-season or when your strength levels are at their peak in order to prevent a significant disruption in performance during key parts of the sport season.

Add Coffee Before Your Workout?

One interesting new topic in research is the effects of caffeine on muscle soreness. Most people think that it simply enhances your performance by providing you with more energy for your workouts. But recent evidence has demonstrated that it may be possible for caffeine to lower the amount of muscle soreness a person feels when taken immediately before an intense training session. There is still more evidence that is needed, but it looks very promising.

All in all, there’s still a lot of research necessary to better understand DOMS. While there are still proposed theories as to why this occurs, researchers are still having difficulty identifying one central mechanism that is responsible for it.

But we are always testing, and finding new, more efficient and practical ways to prevent and treat the effects of DOMS on performance.

Have you tried any of the methods above? Do you have a method of treating muscles soreness, so that you can get back to training as soon as possible? Let us know in the comments.

If you've heard all the hype around cricket protein, you may still have a lingering question. If crickets r... Find out how to decompress in a natural way. Try these 5 real life tips to manage stress and calm your mind.